Who wants to work for the TSA? 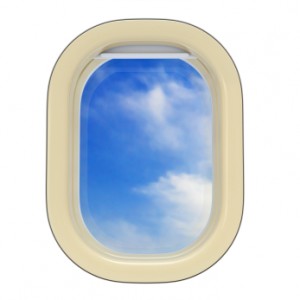 Things look so much better up here.

Who would possibly want that job? Their job is to make people uncomfortable… make them potentially late for a flight (or at the very least have to get up so early to catch a flight that they are a mess for the rest of the day)… and embarrass them with photos of their naked body being projected on a screen for some person they have never seen before to inspect.

I get to greet people whenever they decide to show up for their flight. I get to see their smiling faces as I present them with fresh hot coffee and a newspaper before they casually board for their flight.

I get to hear them talking about how pleased they are that they will get to their destination in a fraction of the time it would have taken flying commercial. And then I get to see them smile all the way to their rental car parked mere feet from the plane, when they arrive at an airport much closer to their final destination than they would have on a commercial airline.

Best of all, I get to hear them thanking me for saving them money and getting them there more comfortably.

Who would NOT want my job? I can’t imagine.

Six mistakes most people make before they learn to fly

Your Personal Airline: Why air charter can save you more and make your travel better